We use cookies for analytics and to improve our site. You agree to our use of cookies by closing this message box or continuing to use our site. To find out more, including how to change your settings, see our Cookie Policy.
Dismiss

A Quarter of a Century in Chile: A Vertical Tasting of Seña

What were you doing 25 years ago? A quarter of a century is a good chunk of anyone’s life, but time is always a matter of perspective. Whereas for some old-world producers 25 years can go by in the blink of an eye, in South America it represents an eternity. It’s hard to organize a vertical tasting that can adequately tell that story. But it is not impossible. In Europe, a vertical tasting that spans 25 years might tell the tale of a slowly evolving tradition, but down south it’s more likely to be an account of breakthroughs and landmarks. And that’s what makes it so fascinating. This summer, while I was compiling my Chile report, I had the opportunity to travel a quarter of a century into the past through a pair of iconic Chilean wines. Interestingly, both were created by the same man: Eduardo Chadwick. I say interestingly because people generally dedicate their lives to one overarching project; Chadwick has two. The vertical of Viñedo Chadwick will be featured in the coming weeks. A Nod to History Let’s start with Seña and slip into the back seat of a car travelling the roads of Chile in 1991. At the wheel is a young Eduardo Chadwick and next to him in the passenger seat is the veteran Robert Mondavi. As circumstance would have it, the Chadwick finds himself taking Mondavi on a tour of the vineyards of Aconcagua, Maipo and Colchagua, to offer an idea of the country’s potential. Or perhaps it had nothing to do with circumstance at all but is rather one of a series of moves calculated to implement a vision of how Chilean wine should be. That would make this trip the culmination of a plan. Either way, Chadwick and Mondavi are getting on well, enjoying the conversation and landscape, and as they move from vineyard to vineyard, they begin to plot an ambitious project: the creation of an iconic Chilean wine. It’s a watershed moment. During those years, Mondavi was beginning to see the fruit of his work with Opus One – a joint venture with the Rothschild family – and the dream of making iconic wines in the Americas was really becoming a reality. In the case of Seña, Chadwick was already a partner with substantial pedigree: the heir to Viña Errázuriz, whose family tree features several presidents and titans of business. Chadwick had his feet on the ground but his eyes firmly fixed on the horizon. And so Seña was born; a wine made for the first time in 1995 whose name means “sign” or “brand”. Or landmark. To achieve this, Tim Mondavi went to Chile to take the reins of an Errázuriz team that also included another Californian émigré: the young Ed Flaherty, who oversaw oenology. This first Seña offers a good idea of what was to come: grapes chosen from the Errázuriz vineyards, a base of Cabernet Sauvignon and just under a third of Carménère. Both varieties would be present in all the following blends, in different proportions. In 1998, Mondavi and Chadwick invested in a 42-hectare vineyard, named Ocoa in the Aconcagua Valley, a narrow northeast-facing valley between the Andes and the Chilean Coastal Range. Ocoa is influenced by both mountain climate systems, an ample thermal range from the former and a cool, dry breeze from the latter. Its soils are a mixture of alluvial and colluvial make-ups as well as deposits of volcanic ash. Across these different seams, they planted Cabernet Sauvignon, Carménère, Merlot, Cabernet Franc and Petit Verdot, while Malbec would follow a decade later. These varieties make up the core of Seña. And so, the Mondavi-Chadwick partnership set out apace, and the wine began its journey. But as is true of all stories, there were twists to come. At the turn of the century, Mondavi was acquired by Constellation. Chadwick decided to keep going on his own and purchased the Mondavi stake. Chadwick was so proud of his work and product that in January 2004 he hosted the Judgment of Berlin: a blind tasting of famous wines from the old world – 2000 Château Lafite-Rothschild, 2001 Château Margaux, 2000 Château Latour and 2000 Solaia – alongside 2001 Seña and 2000 Viñedo Chadwick, his other flagship wine. The results saw both come out on top; in second and first place respectively. -- Joaquín Hidalgo, A Quarter of a Century in Chile: A Vertical Tasting of Seña, August 2022 Read even more from Joaquín Hidalgo's article and check out images of Seña on Vinous now . Watch the recording from the Vinous Live! with Eduardo Chadwick of Seña hosted by Joaquín Hidalgo on our YouTube channel here . Below is a selection of wines featured in the report.

I don’t like young Sena somehow. But this is great, no greeness at all and beautiful tertiary nose. Fully resolved tannin. — 10 months ago

Bob, Severn and 3 others liked this

Stef, Wil and 12 others liked this 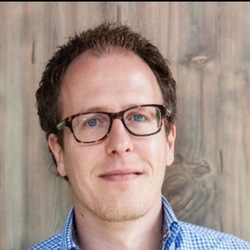 I got to have some of the '12 vintage about a month or two ago and it was my first time having Seña. I was so impressed that I went searching for whatever I could find. Local wine shop here stopped selling it. Then, to my lovely surprise, I see @Martin G Rivard enjoying a bottle a few weeks ago. He so graciously sent me some in exchange for some personal recommendations from me, and I'm so excited to say that the '13 is even better than the '12. This wine is absolutely fantastic. Everything from the nose, to the structure and body feels so well aligned. Medley berries on the nose, gorgeous texture, and the taste of plums, spice and small bit of cocoa just flat out works. Buy up what you can, but please tell me where you find it before it's all gone! Thank you again, Martin! I'm excited to get introduced to Beau Vigne on my trip to Napa in a few weeks after you sent over a bottle of their Chardonnay! — 6 years ago

Martin, Mike and 22 others liked this

@Shay Aldriedge Hi Bud! I knew you would love the 13! Amazing vintage. In my Opinion., the best they've ever made! 👏🍷🍷👏

@Martin G Rivard : You are so right. This is such a treat to enjoy!

Sofia, Eric and 16 others liked this

I agree with David- the views from this Viña were breathtaking. Diego, the export manager, showed us around and provided the history of how the winery came to be. From the beginning, Mr Chadwick meticulously planted this vineyard with great respect for the native vegetation. You can see that the rows are not always straight, they were made to compliment the setting. They also kept all the rocks that were dug up to create a retaining wall. The wines were stellar.

Shay, Kimberly and 14 others liked this 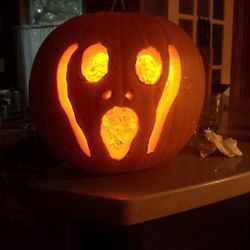 Dried ripe red cherry, red currants, plums, strawberry compote underlayed by a lovely savoury and slightly herbal character- iodine, leather. The alcohol is present but seems to lift the flavours. This is delicious and shows a beautiful evolution. — 6 years ago